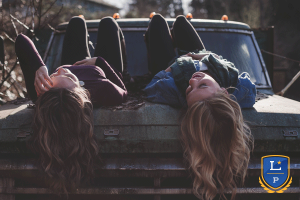 Did you know that LEADPrep prevents car crashes?

A three-year study covering 9,000 students from eight public high schools in three states determined that high schools that start at 8:30 or later allowed 60% of the student body to get at least eight hours of sleep a night.

At LEADPrep, we believe in later starts that most schools.  We know that students perform better with more sleep and we work hard to ensure that students are given the opportunity to get the sleep they need.

But it’s not just about getting their school work done.

One of those benefits is a distinct improvement in students’ attention – which obviously lends itself to better academic performance.

But it ALSO leads to better attention outside of the classroom. For example, when students are behind the wheel of a car.

In fact, the study found that the number of car crashes for teen drivers (16-18 years of age) was reduced by 70% when students are well-rested.

That’s right!  Students with late school starts, which enabled them to get their full eight hours of sleep, had significantly less car crashes. LEADPrep has the welfare of our students always at heart, but this is a happy surprise even to us!

We love that we can help students learn more, learn better, AND hopefully prevent them from making mistakes outside the classroom due to sleepy lack of attention that can have such a huge impact on themselves and others.