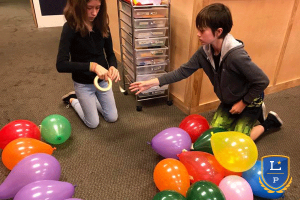 Creativity used to be something you either had or you didn’t have.  But that limited definition is changing due to creativity being looked at scientifically.

What happens inside your brain when you are creative?

A psychiatrist, Dr. Grant Brenner has a great article in Psychology Today that explains just what happens.

First, you need to know that your brain is made up of three different networks. One is a default, or inactive network; another is about making decisions and feeling emotions (executive work); and the last (salience network) determines what things you notice, and what you don’t pay attention to.

When the researchers used this theory to try to predict levels of creativity they found that they needed more information. Both genetics and experience play a big role in a person’s level of creativity.

Studies have also shown that cultivating habits like writing down ideas, trying new things, and regularly learning new subjects can help ANYONE increase their creativity.

Here at LEADPrep we use many of these proven ways to increase creativity. Our students spend time outdoors, practice reflection, and use divergent thinking to explore multiple solutions to problems. Leading in present and future times takes imagination, so LEADPrep is fostering play, practice, and experience to boost creativity and create bigger imaginations.

Cheers! Thank you, LEADPrep community, for all of the love this challenging year.💙💛 Have a great summer! ... See MoreSee Less
View on Facebook
· Share