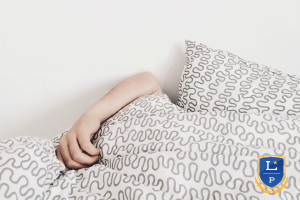 It’s true. It pays to sleep in!

A new study* by the RAND Corporation, as reported in The Washington Post, estimated the economic benefits of allowing teens to sleep in and weighed them against the losses. The study shows a shift to a 8:30 a.m. start time (or later) at all public schools across the nation would save the U.S. $9 billion.

Making this change nationwide would not be easy or cheap.  There would need to be changes to bus schedules, additional bus drivers, more and better lighting in schools and fields.  All of this, as well as other systematic changes would definitely cost money to implement.

However, the study clearly states that these changes are insignificant compared to the economic benefits. In only two years the positive return on investment would reach $9.3 billion a year – a number roughly equivalent to the annual revenue of Major League Baseball.

We are leading the way at LEADPrep! Our students start school at 9:00 am Monday through Thursday, and 10:00 am on Friday!  Better rested students mean more learning going on in the classroom!

*Special thanks to LEADPrep hero/mom Trish Caiarelli who brought this study to our attention!