To learn more, sign up for a LEADPrep Virtual Open House held monthly.
For admissions inquiries, schedule a call.

LEADPrep creates a dynamic space where education is engaging, not one-size-fits-all, for all learners to be seen, heard, valued, and thriving. LEADPrep is an innovative middle/high micro-school where teens thrive in our collaborative, experiential, and learner-centered environment.

Personalized student learning with purpose: now and for what’s next

Empowered students developing agency to drive their own learning

Voice and choice in assessing and showcasing interest to mastery

Getting the right “fit” is our top priority. Our model allows for diverse learners, including gifted or learning challenged, to thrive.

Find out more about the benefits of micro-schools.

Education is not one-size-fits-all.

Our intentionally diverse, multi-age student population celebrates differences and provides a safe community of voice and choice in exploring real-world concepts, while pushing for self-growth and accountability. 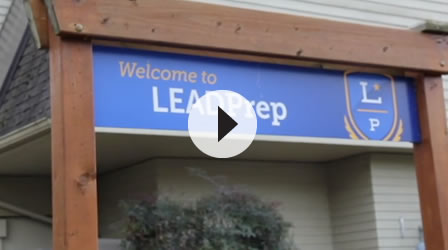 The challenge ahead for all students is imminent and multi-faceted. Will your child be prepared to succeed? Here are some eye-opening stats and facts that you may find interesting about your children’s future. 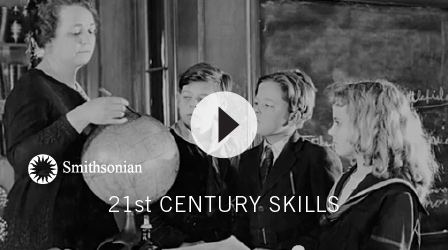 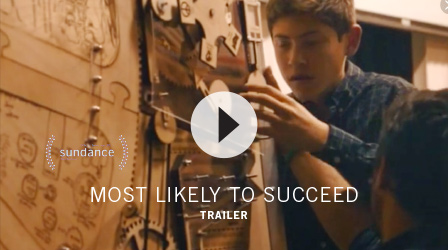 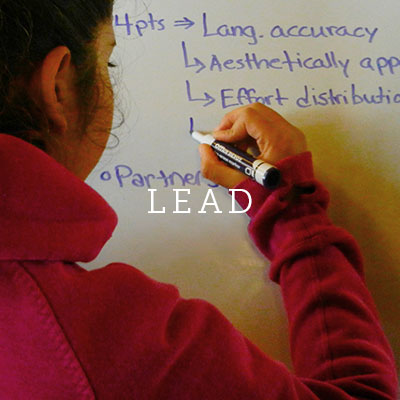 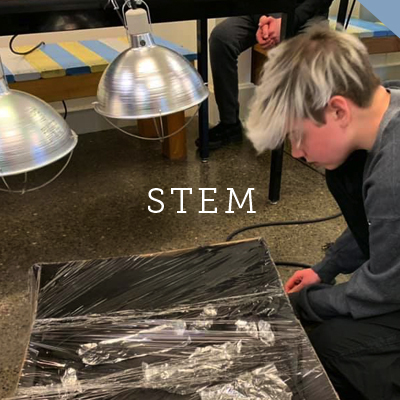 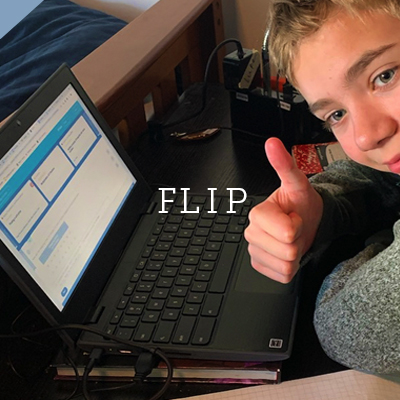 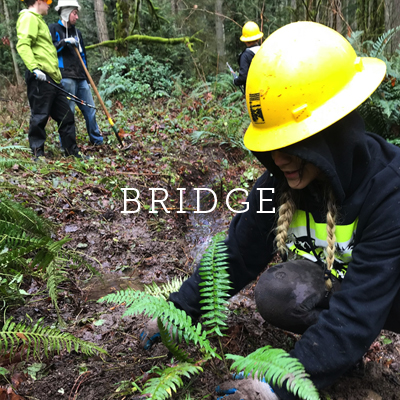 We believe that leadership is an important life skill. That’s why our curriculum is designed to weave in lessons that develop communication and speaking abilities, decision-making skills, and most importantly, the confidence to explain ideas and inspire others. Along the way, our students learn an ethical leadership style that encompasses self-knowledge, self-advocacy, wellness, and valuing the dignity and worth of others.

At our alternative private school, we integrate the four subjects of STEM — science, technology, engineering and mathematics — into a cohesive and hands-on curriculum. Students use design thinking for anything from building robots to producing films. We help our students find their interests and passions in a fun way that broadens their horizons, creating a mindset to problem-solve for the future.

Trading in Hours of Homework
for Active Learning

Instead of students toiling over hours of reading and memorization, LEADPrep flips homework on its head.
Our students watch videos at home each night prepared by our educators to preview the lessons for the following day. This enables students to apply concepts and engage in the subject matter in a focused and direct way in the classroom. 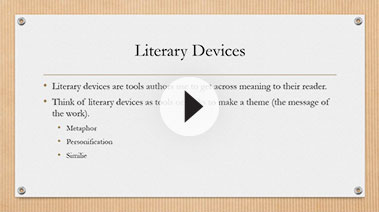 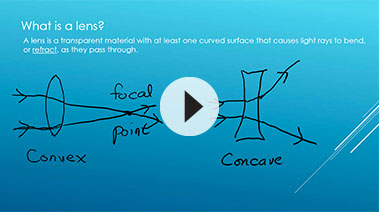 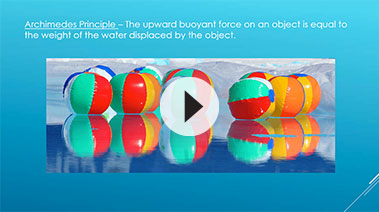 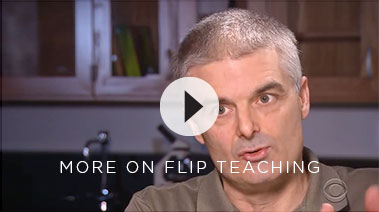 At LEADPrep, we break down the walls of discrete subject learning, enabling our teachers and learners to explore relevant links across our curriculum. By breaking down these artificial barriers we dive deep to explore a theme, concept, or problem to synthesize learning across subjects and make real-world connections.

Our Experiential and Interdisciplinary Approach

Students learn better by seeing, doing and making connections. At LEADPrep we combine subject blocks to allow for natural connections between ideas and concepts across different disciplinary boundaries. Our students actively engage in problem solving, with an emphasis on social justice. In both group projects and individually, students grapple with finding solutions to real-world issues for meaningful learning. We dedicate Wednesdays and three full weeks to experiential outings and “service learning” such as building schools in Nicaragua, cooking and serving at a homeless teen shelter, planting trees, and much more. 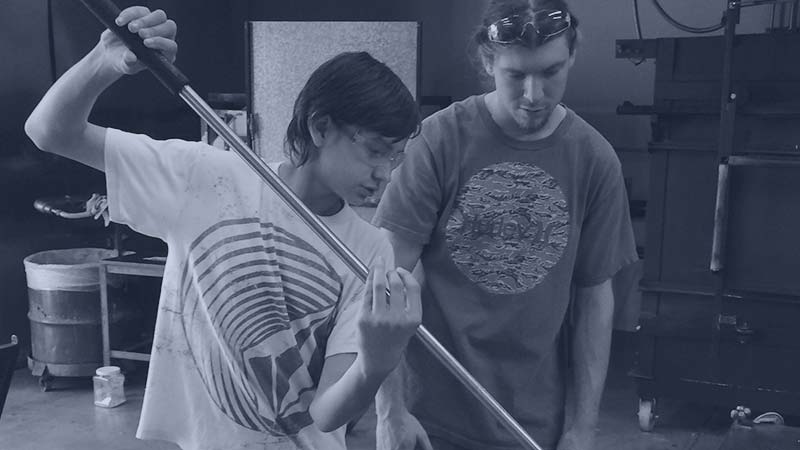 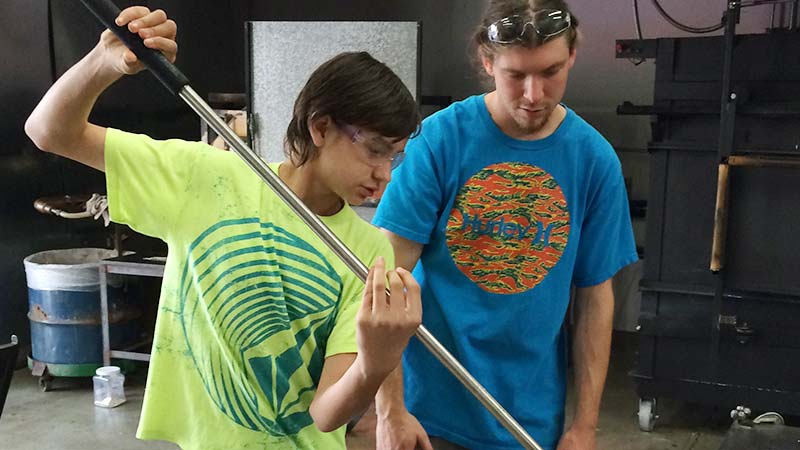 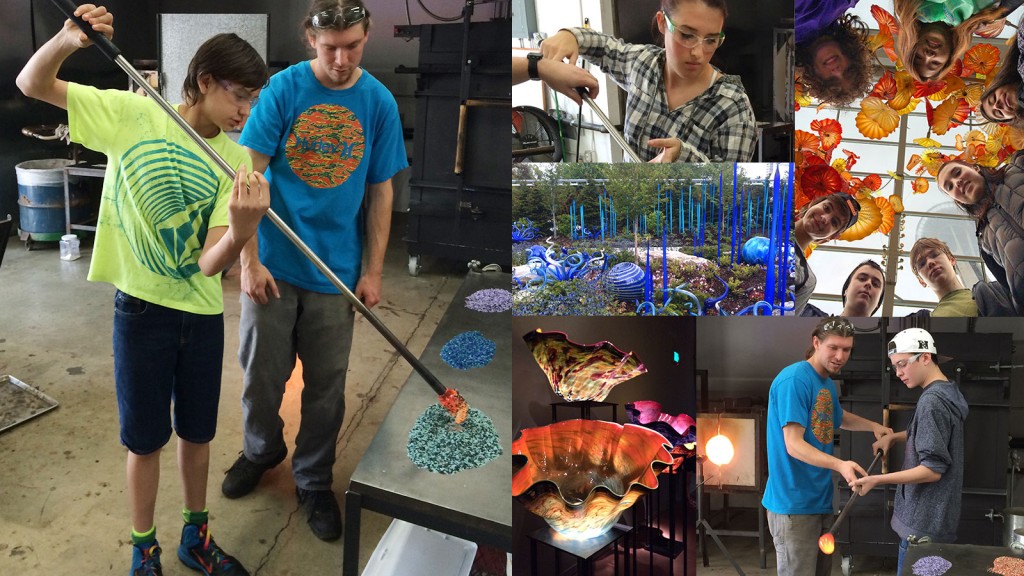 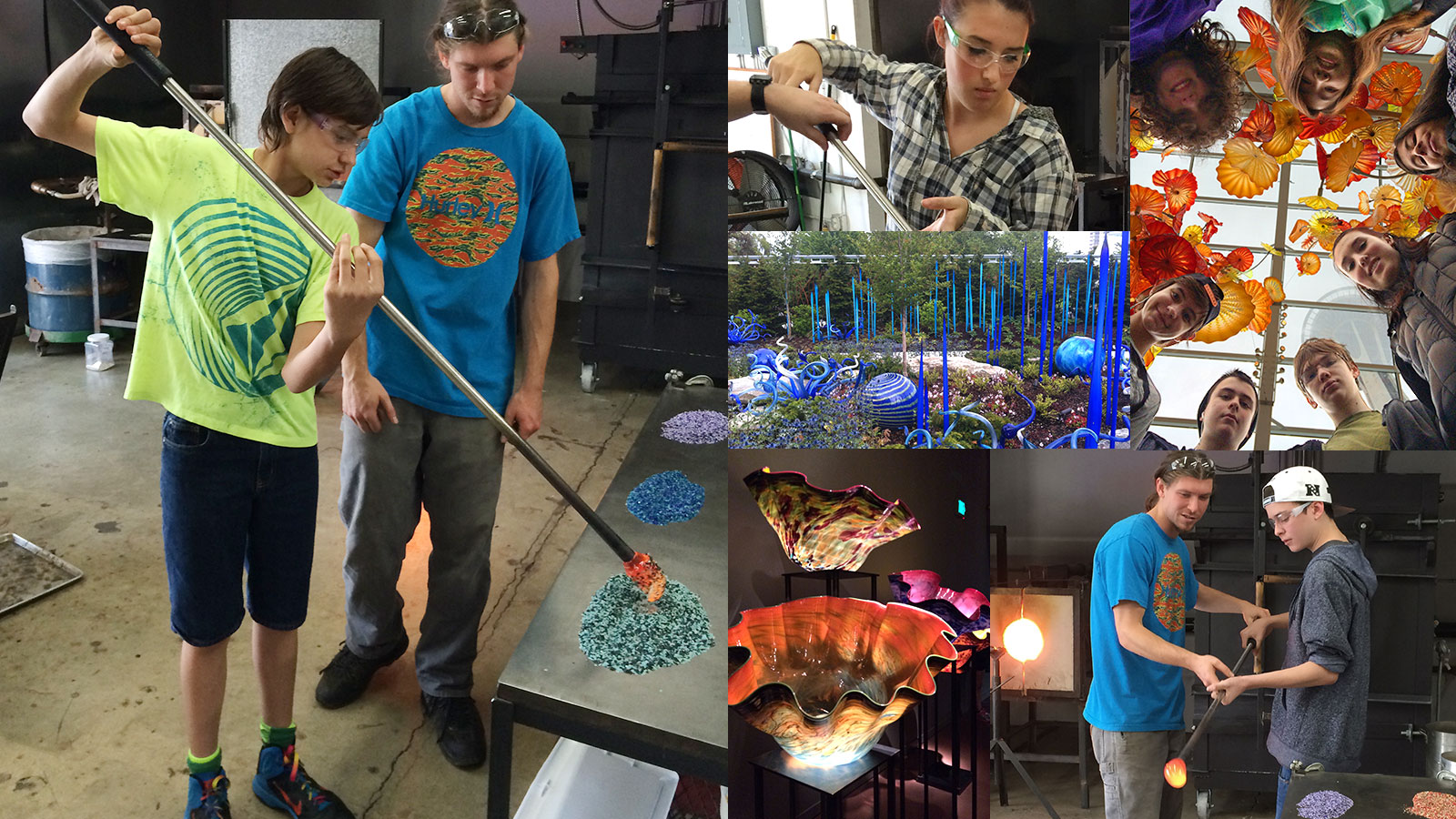 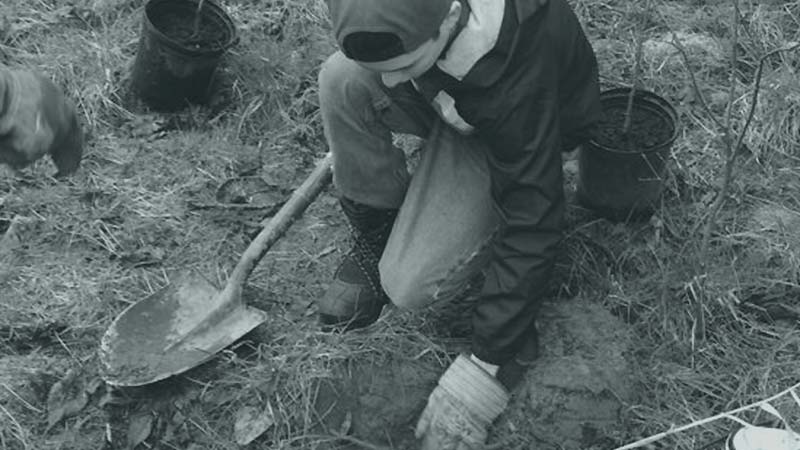 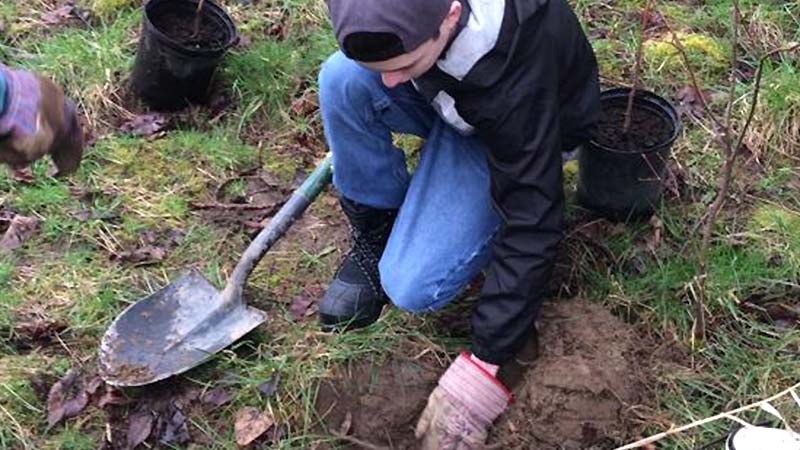 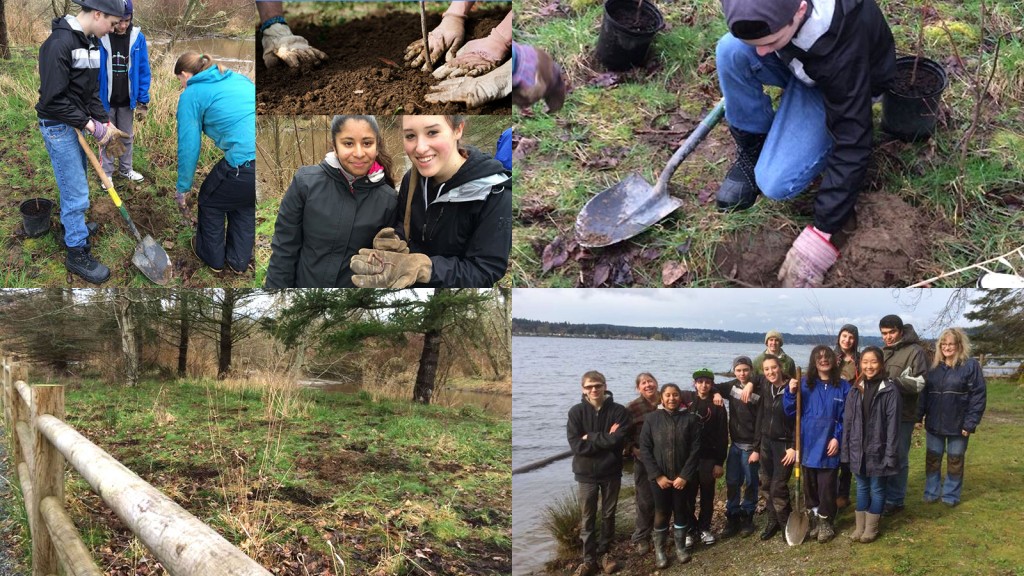 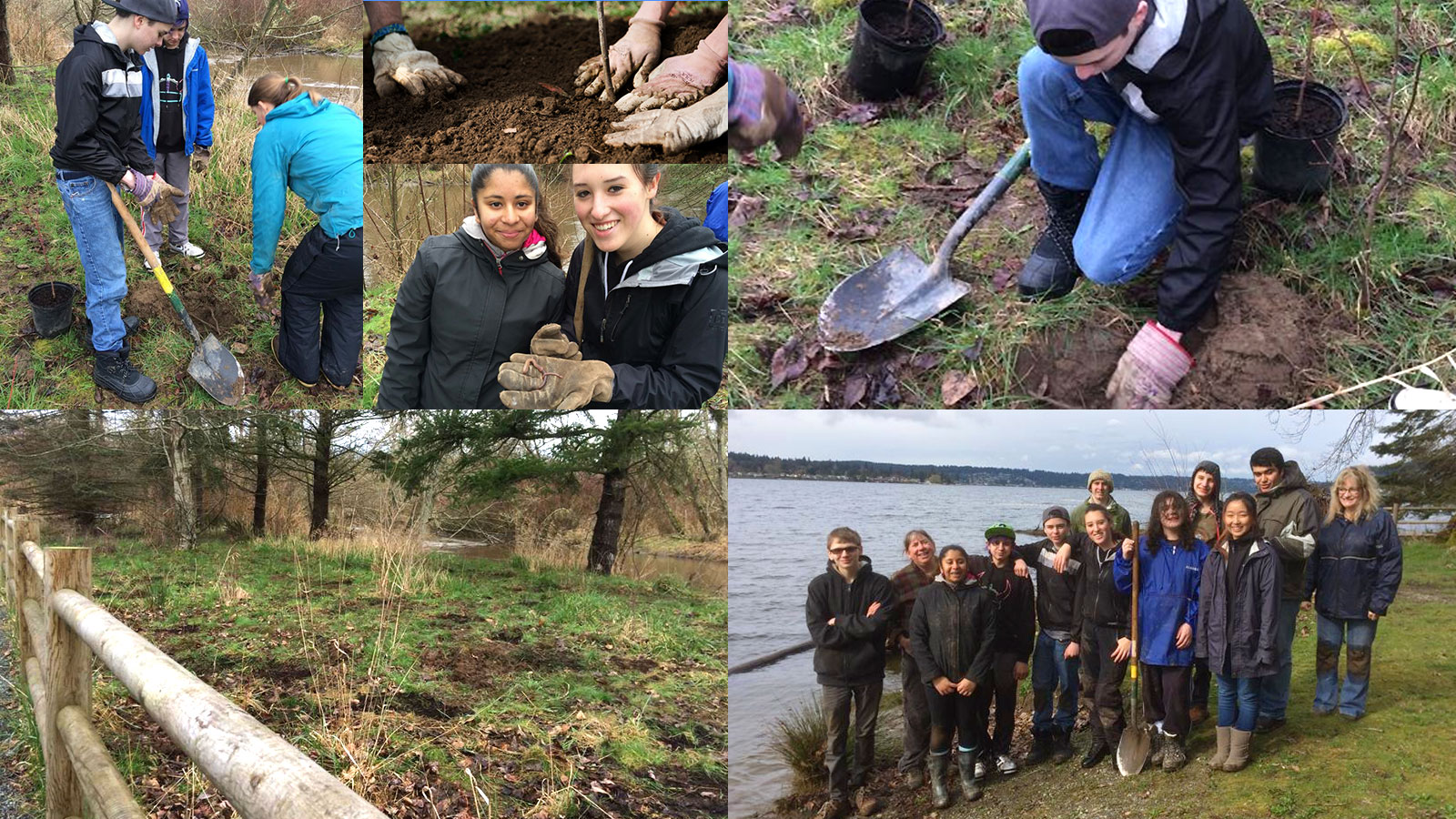 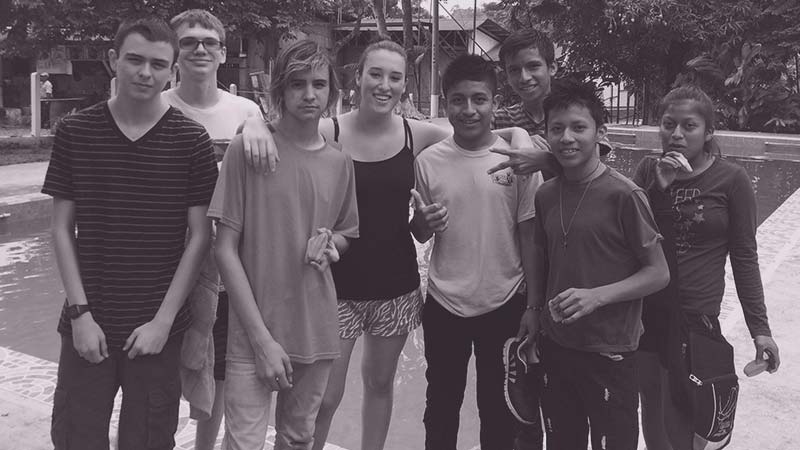 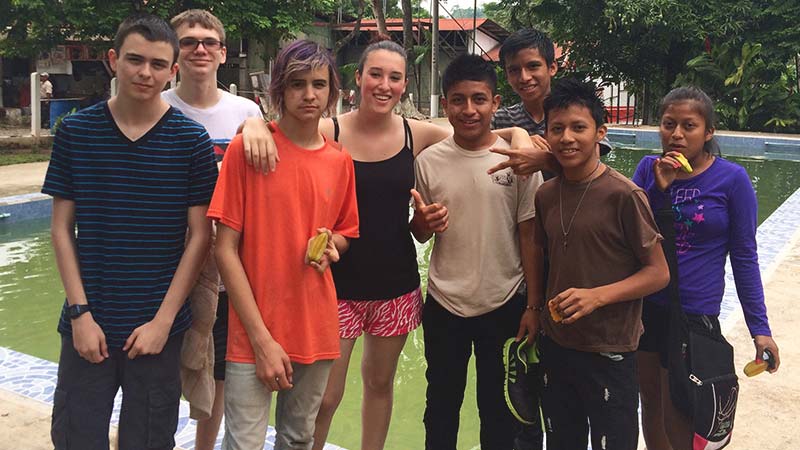 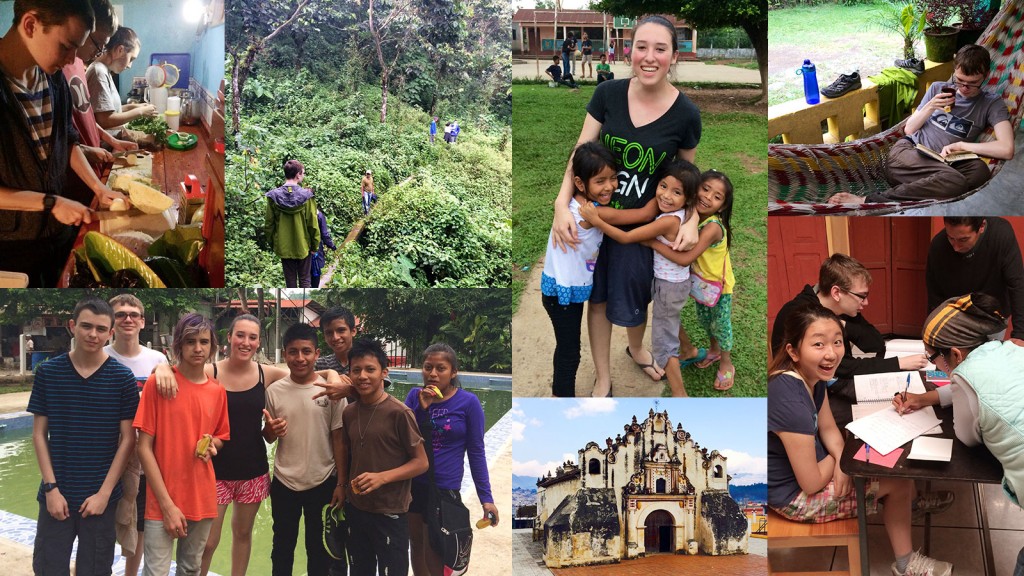 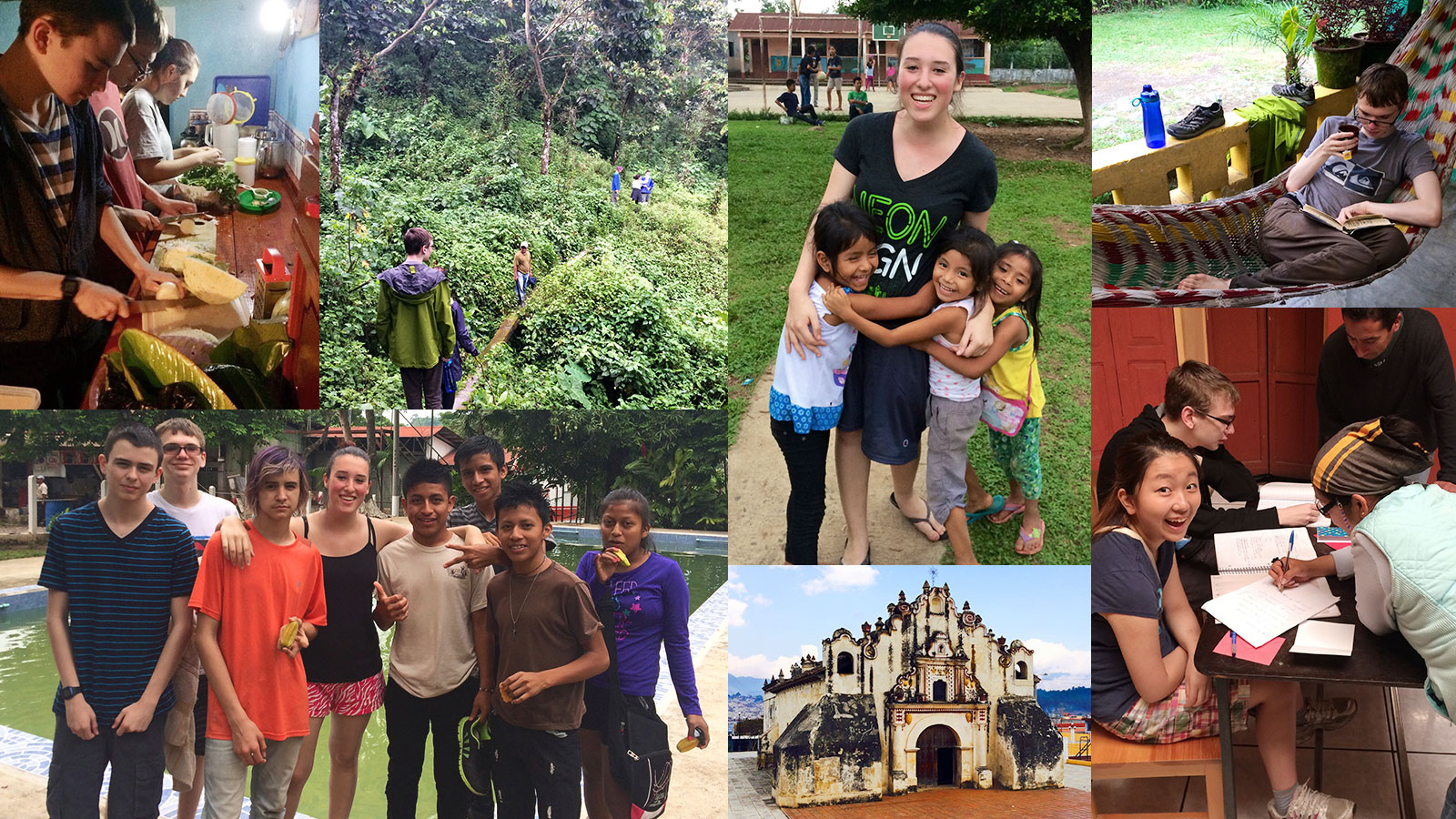 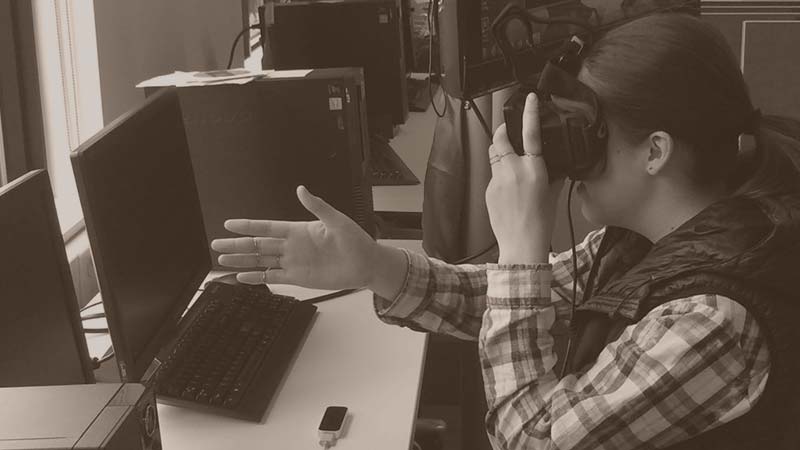 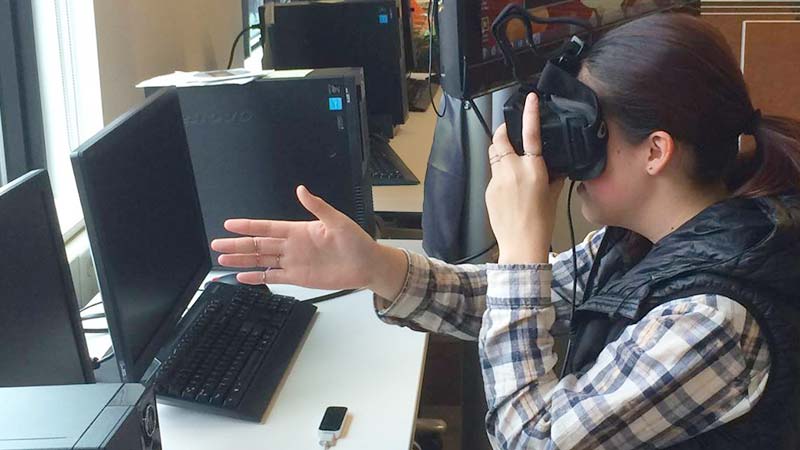 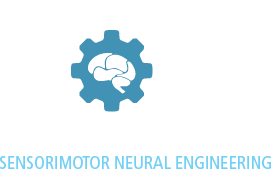 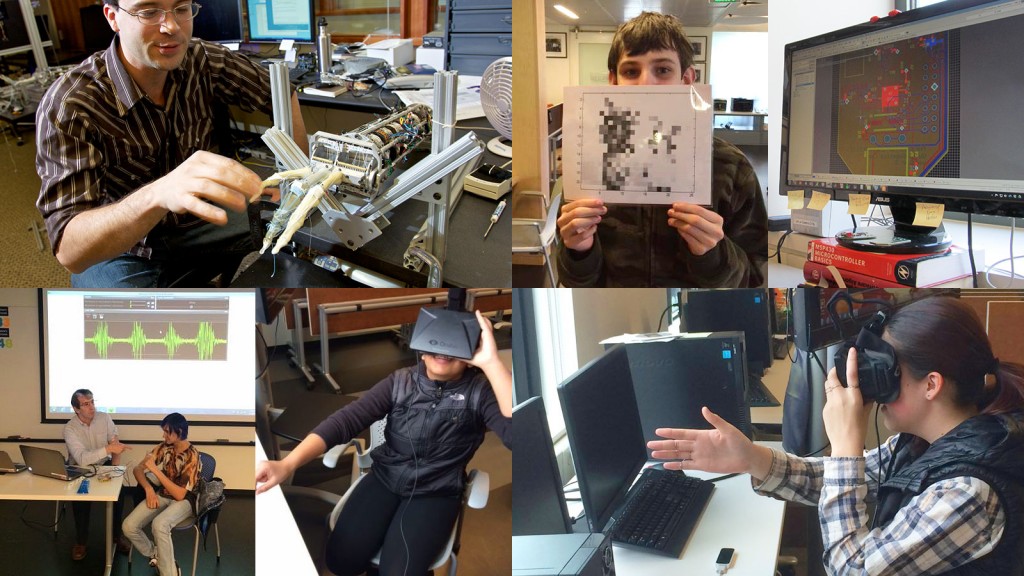 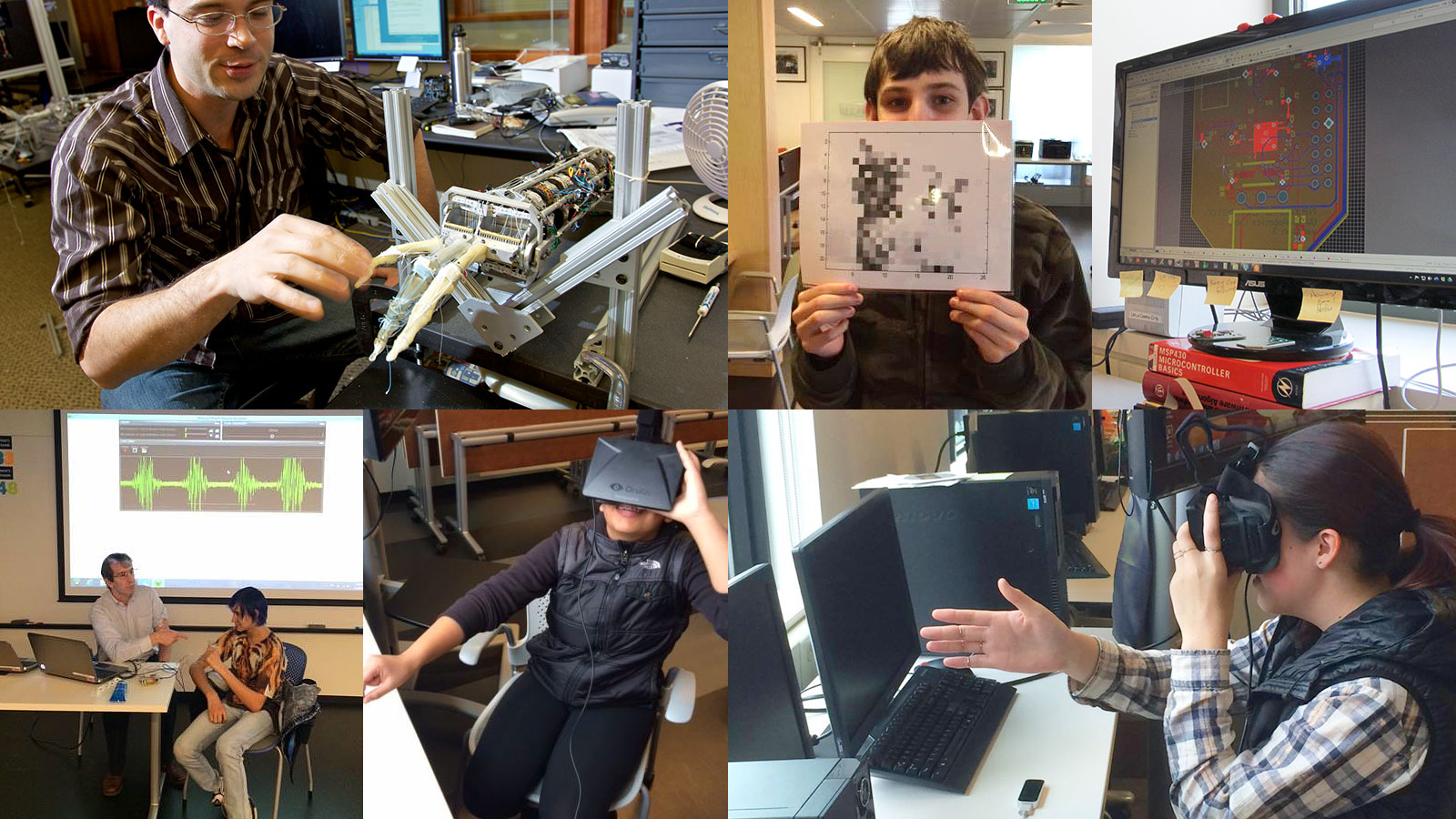 you actually have a chance to talk to your teachers

“It’s really nice that it’s a small school because you actually have a chance to talk to your teachers. Homework stress is a lot less. Also, it starts later and it’s nice not having to get up at the crack of dawn. People are nice and don’t judge you.”

We have been thrilled with our decision

“We are now seeing a happier, more confident good student in our daughter. The things we were concerned about (a smaller school, missing out on dances, etc.) turned out to be a non-issue. She now has time for extra-curricular activities and the homework battle is gone. It’s been a great experience and I cannot express enough what an impact LEADPrep has had on our family. We have been thrilled with our decision.”

the best school year he’s ever had

“My son told me it’s the best school year he’s ever had, and that’s great coming from a 9th grader!”

the teachers support my passion

“I love the fact that LEADPrep is a small school with personalized learning. I only have homework I need, not busy work. The teachers support my passion for history and always encourage me to get further into it.”

“Thank you for your unwavering support of our son at LEADPrep through his many ups and downs—never giving up on him and leading him to his high school diploma!”

[LEADPrep] has brought the twinkle back to our boy’s eyes

“Thank you from the bottom of our hearts for helping our son rediscover how bright and capable he is. We were just ‘wow’d!’ by his performance on the Compass test. Even more important than grades on paper…our son is extremely proud of himself. The entire LEADPrep staff has brought the twinkle back to our boy’s eyes. Thank you.”

[our son] is thriving and learning now

“With LEADPrep, it was night and day. Our son works at his own pace, towards goals set by him under the guidance of teachers. We are so happy that he is thriving and learning now, rather than struggling in public school because he can’t keep up. At LEADPrep, you know right away if there are any concerns and the teachers step up to help where needed and keep us informed.”

“I can work at my own level, not just at grade level. There are a lot less people than my other school and that makes it a lot easier. I don’t feel stressed when I walk into school each morning. The teachers are very nice. They are not at all strict compared to my other school. We have lots of breaks. I don’t have to worry as much about my homework compared to the other school.”

for the first time, he really enjoyed going to school

“Thank you, Maureen, for all the great work and effort you and the rest of the teachers provided to our son. It made a huge difference, and for the first time, he really enjoyed going to school.”

“The faculty and staff at LEADPrep have embraced my son’s unique style of learning from day one. Rather than stifle his individuality and squelch his inventive thoughts and dreams, the LEADPrep teachers appreciate my son’s gifts and encourage him to study the subjects he enjoys in the way he learns best.”

LEADPrep middle/high school provides a personalized, experiential learning setting so that teens are

Fashion Photography ~ Delphine Ferreira of Dunroe Farm. This professional photographer hosted us for a lesson on lighting, then time to practice shooting in the studio and around the farm. ... See MoreSee Less